Today on the UW Seattle Campus, thousands of students, faculty, staff and community members joined together at the request of The Make-A-Wish Foundation. They contacted the campus community through email and Facebook in mid-January about a flash mob for Alex, an 11-year-old, who would be visiting the UW’s robotics lab the same day. According to Make-A-Wish, Alex’s wish is “to see robots in action helping humanity.” Alex is living with Duchenne Muscular Dystrophy and is in a wheelchair. In his daily life, he can see the potential benefits of having robots help and hopes to see technology advances that will benefit all of humanity–and ultimately bring world peace.

The flash mob wasn’t much of a flash, but was most definitely a mob. Thousands came together to help Alex see that just for a minute maybe robots could bring a little bit of world peace–through dance.

Before the music (Black Eyed Peas “Boom Boom Pow”) started at Red Square, everyone was too excited to act out the typical flash mob beginning. There was no one casually meandering across the Square as Alex’s limo pulled into the square. Everyone moved with anticipation as he exited, joining together and ready to dance for Alex.

The moves were simple enough for people of all skill-levels and ages to learn, and in Alex’s mob you could see anyone from mini nine year old robots to members of the UW Dance Team. When the music finished, the whole flash mob, dancers and some on lookers, yelled in unison “Peace Alex!” and erupted in applause.

Without a doubt, flash mobs bring joy to anybody that watches them. And hopefully, for Alex, a little bit of peace.

Today’s flash mob will be posted on the Make-A-Wish Foundation of Alaska & Washington’s YouTube channel. 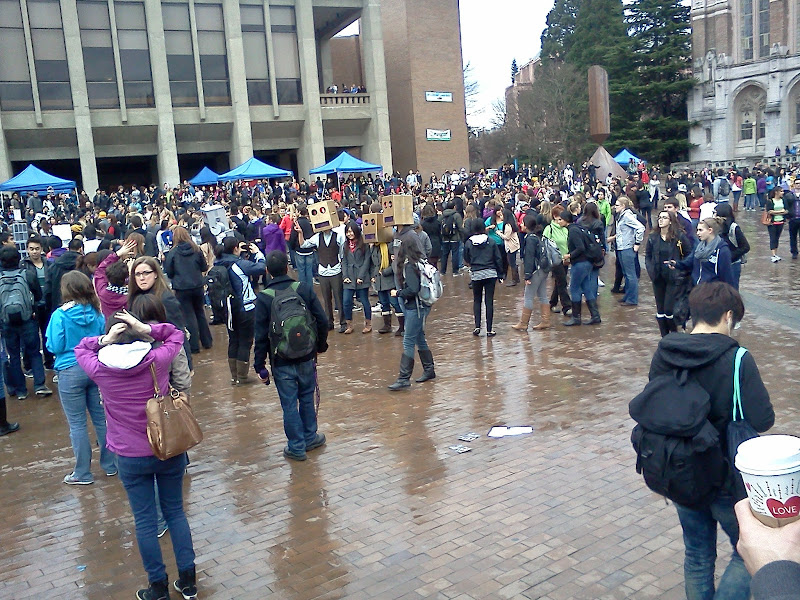 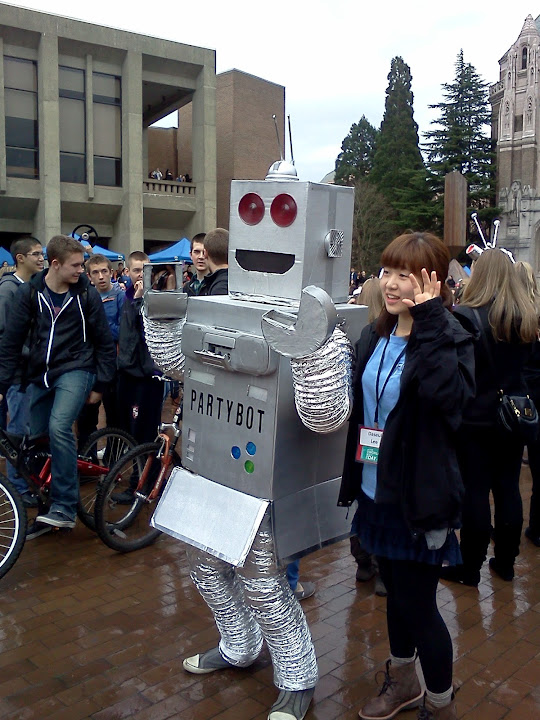 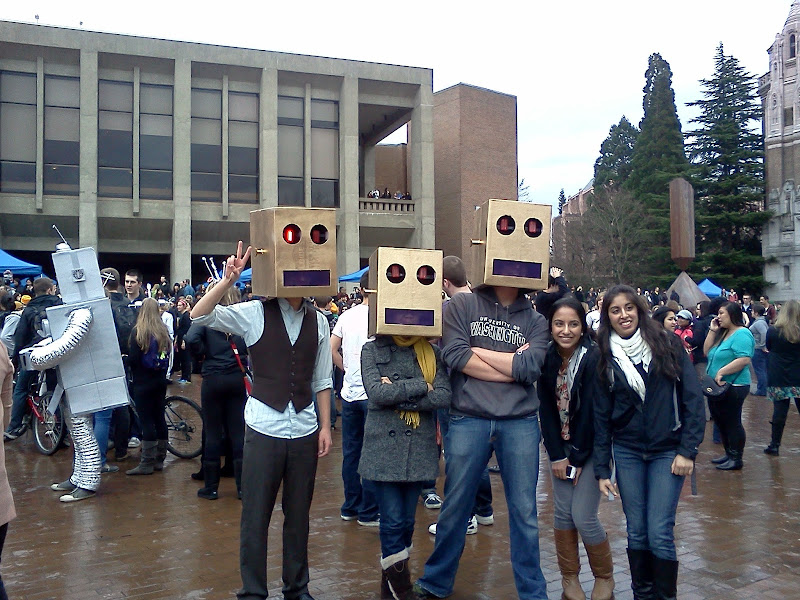